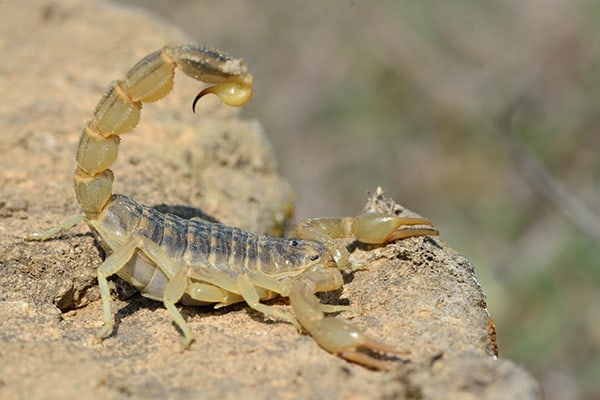 Scorpions are yellowish-brown with long, curled tails. They typically measure about 2 to 3 inches in length but they can grow up to 6 inches long. Though most of the time a scorpion’s sting is on par with that of a bee, in some situations it can be deadly. Scorpions love dry weather which makes them particularly fond of the desert climate in the Coachella Valley. A single female scorpion can birth a hundred babies, making early and consistent pest control essential.

Where do scorpions live?

There is a diverse range of habitats in which scorpions can be found. However, most scorpions are found in deserts and semi-arid regions.

Most scorpions may hide behind logs, rocks, boards, and other debris. Some species, like the bark scorpion, prefer residence on vertical surfaces such as trees, shrubs, and walls.

California Common Scorpions are widespread across the state and its surrounding regions. This species has adapted to various environments, including desert scrub and sandy coastlines. Cooler locations, such as wooded mountains, may also have it.

How do I know if there are scorpions in my home?

So, how can you tell if you have a scorpion infestation? There are many signs to look for to determine whether or not you have scorpions in your house. Here are some examples of common symptoms:

What happens if you get stung by a scorpion?

Scorpions use their stingers to inject poison into their prey, which includes insects, mice, and other scorpions. They may then proceed with their meal. When threatened by a person, scorpions will not hesitate to use their stinger to defend themselves.

Like bee and snake venom, scorpion poison causes an acute and severe feeling. Scorpion venom is the most expensive liquid in the world, costing $39 million per gallon, but it is also incredibly unpleasant. According to ABC News, people stung by the bark scorpion believe the agony is among the top ten most excruciating stings.

Fortunately, the majority of scorpion poison is not deadly. However, the outcomes are far from comfortable. You may most likely suffer sweating, nausea, and vomiting, in addition to the sting's radiating pain. Any little movement or contact with the area aggravates the burning pain.

Similar to bee sting allergies, scorpion venom allergies may cause allergic responses such as:

Only a few scorpion species have venom that is dangerous to humans. The majority of these harmful species live outside of the United States. However, suppose youngsters or the elderly do not get prompt medical assistance. In that case, the poison of the bark scorpion may be deadly.

Does Changing Weather in Palm Springs Cause a Bug Infestation?

Top 3 Common Desert Pests and How to Deal With Them!

Do I Need a Termite Inspection When Buying a Home? 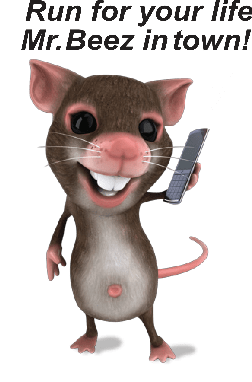 GET A FREE PEST CONTROL QUOTE